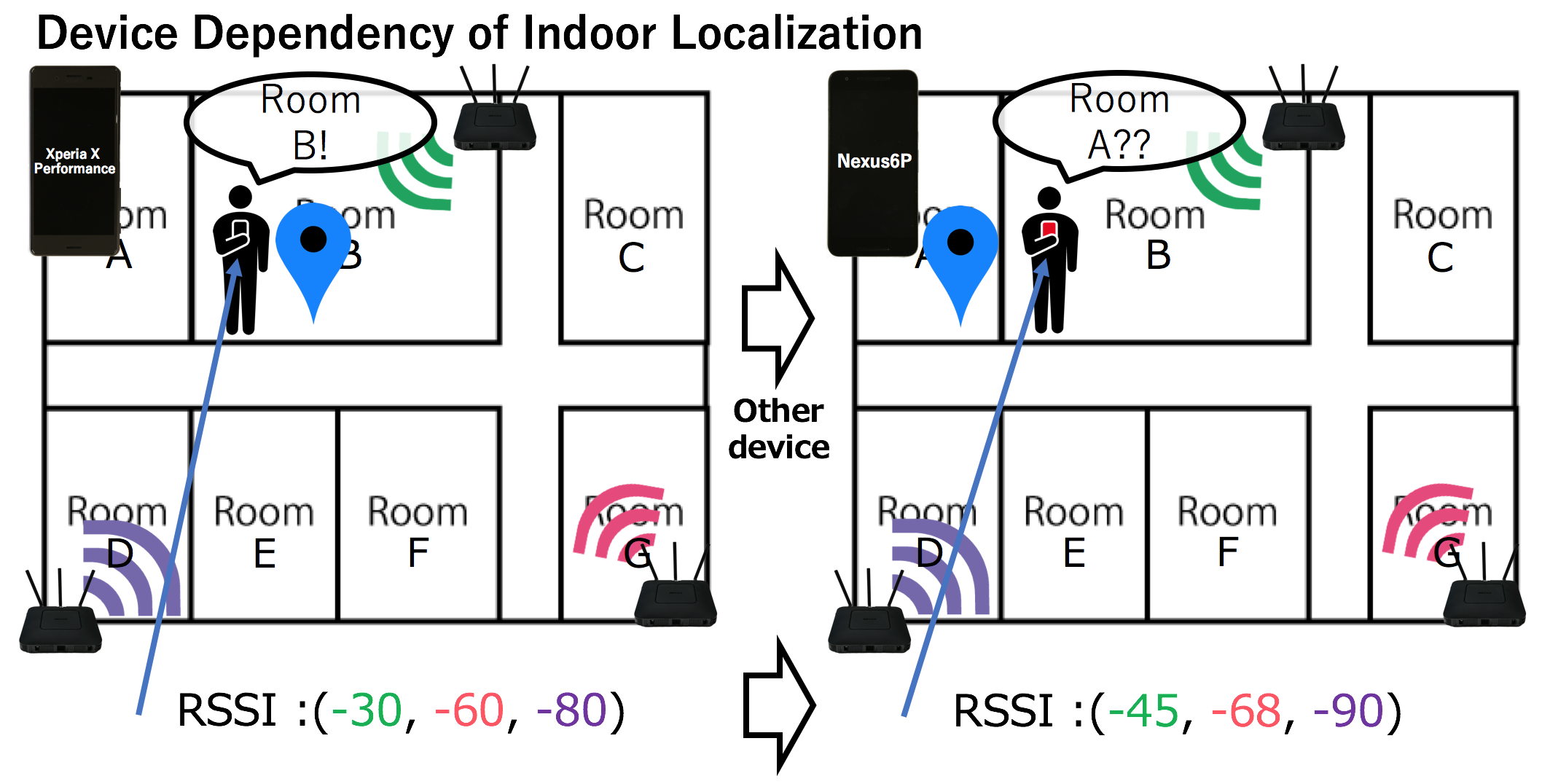 RSSI-based indoor localization for mobile devices has become important as the basis technology for various ubiquitous computing applications.
With the widespread use of smartphones in the last decade, device dependency must be considered to avoid performance degradation, while most of the recent localization approaches assume that all the smartphone models have the same device characteristics.

We propose a novel feature representation based on multiple RSSIs for compensating performance degradation
against smartphone models changes.